Missing jet engines are just the “tip of the iceberg”.

KUALA LUMPUR, Dec 27 — The Pakatan Rakyat is pressing for a Royal Commission of Inquiry to investigate all aspects of the two military jet engine thefts — including the unrelated dismissal of several air force officers — that has left Malaysia red-faced and in danger of censure from arms supplier, the United States.

The tepid and slow response from the authorities investigating the stolen General Electric J85-21A turbojet engines have further embarrassed Prime Minister Datuk Seri Najib Razak, as Parliamentary opposition leader Datuk Seri Anwar Ibrahim and his allies seized on the theft to underscore claims that the Barisan Nasional government was corrupt.

“We are asking for a Royal Commission of Inquiry to investigate the scandal,” Anwar told reporters at a Christmas gathering over the long weekend.

The General Electric J85-21A turbojet engines used to power the ageing F-5E fighter-jets were reported missing in 2007 and 2008, when Najib was then defence minister. Police now claim to have traced the engines to Argentina, after it allegedly made its way there via a Middle East country facing United States sanctions.

But conflicting reports about the theft have also prompted the need for high-level investigations, opposition leaders said when commenting on a Royal Malaysian Air Force (RMAF) statement that a brigadier-general and several other military personnel sacked in end 2007 had nothing to do with the missing jet engines.

Anwar and allies have seized on the embarrassing theft. — file pic

DAP parliamentary chief Lim Kit Siang said the authorities had been “super slow” and claimed that the prime minister’s response had painted “a frightening picture of a government of thieves”.

“Malaysians are entitled to a full, uncensored and unvarnished account of the two missing RM50 million RMAF jet engines, why the various authorities seem to be super slow in their remedial responses, including the Attorney-General’s Chambers in prosecuting the culprits concerned,” the veteran leader said.

DAP secretary-general Lim Guan Eng said the royal panel was needed as the RMAF had admitted the theft was just the “tip of the iceberg”.

“Up to now, we do not know how many such engines or other military equipment were stolen. That is why a Royal Commission of Inquiry must be established [to look] into the RM 50 million RMAF F-5E fighter jet engine theft, integrity of arms purchases and security of our military bases,” said Lim, who is also Penang chief minister.

“A frightening picture of a government of thieves”. — file pic

Najib has promised the case will not be covered up and that the guilty will be charged in an open court, but the opposition said the recent revelation of the case two years after it occurred already smacked of a cover-up.

The authorities have said it was kept under wraps due to the sensitive nature of the crime and its possible links to the international black market arms trade after it was suggested that Iran could have been a recipient of the jet engines, which are made with 30-year-old technology. However, Iran already has 65 F-5s in four variants that use the same powerplant.

Malaysia has also yet to officially notify the United States of the thefts, although Defence Minister Datuk Seri Ahmad Zahid Hamidi said it would be done after advice from the Attorney-General’s Chambers, which has asked the police to investigate further despite the earlier nine-month probe.

Mahfuz claims it smacks of a cover-up. — file pic

PAS vice-president Datuk Mahfuz Omar said the entire investigation process smacked of a cover-up after the RMAF said the theft was not connected to the sacking of a brigadier-general and 20 other personnel working in its logistics division.

He said the statement contradicted Najib’s vow for a transparent investigation, adding the Ministry of Defence must explain the reasons for the sackings.

“If they are involved, the government must drag them to court and not court-martial them as that proceeding is not made public,” Mahfuz said.

He said the parliament should also set up a committee to probe the thefts. 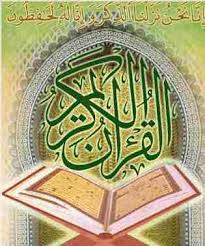